Do it for the views of Barcelona

This one is for those that enjoy a great work out and a reward during that work out. Unless I have a goal in mind, or a physical reward, it is difficult to motivate myself. Running hills or trails are the perfect compromise. They offer a clear start and finish a chance at fresh air while simultaneously always providing new view or surroundings. The following routes are designed to make sure that you see this beautiful city in a whole new light. Now we cannot guarantee that it will be at the end of your workout. But if you can take on all of these running routes, you will have seen the city from an entirely new perspective. These routes can be run or hiked so conquer them by yourself, take a friend or bring the kids. The point is that this challenge will take you to new heights, literally. 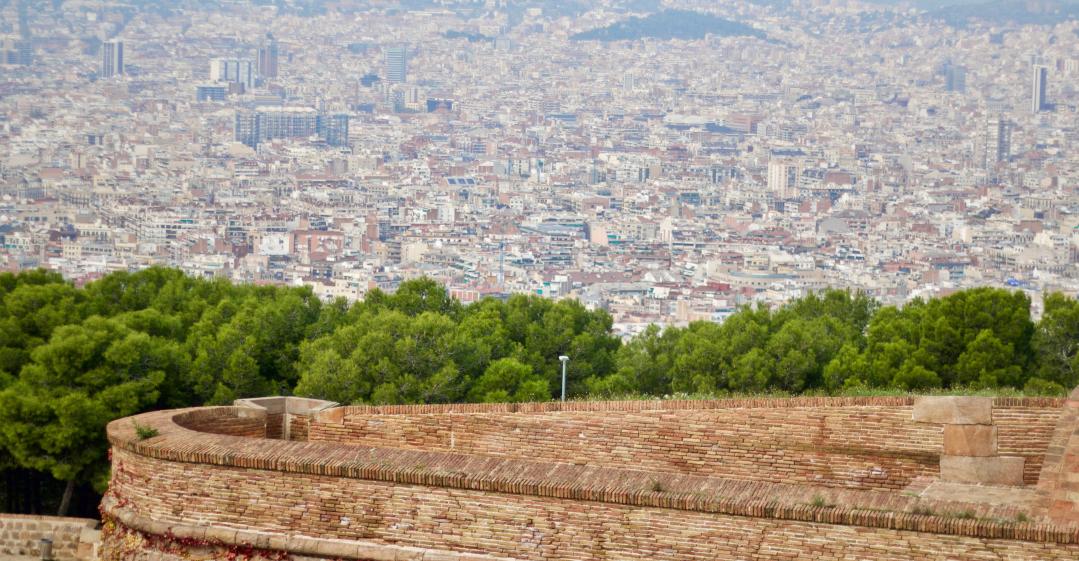 The first up is probably the most well-known of all of the experinces in this challenge. Montjuïc is a hill just south west of the Barcelona city center. In the past it has been used for various reasons. After completing this first experience, you will see why the city’s defenses would include a fortress on top of this hill in particular. Probably the most famous hill top in the city. This route has many twists and offers the sportsperson a great experience from the urban sprawl of El Ravel to the quieter hill top. Once on top, you notice why this strategic area would host such a strong fortress. The citadel offers some great views of the port. It has been there for a few hundreds of years. Although it is worth coming back to see the museum, this experience is first and foremost being able to see Barcelona from a different angle. 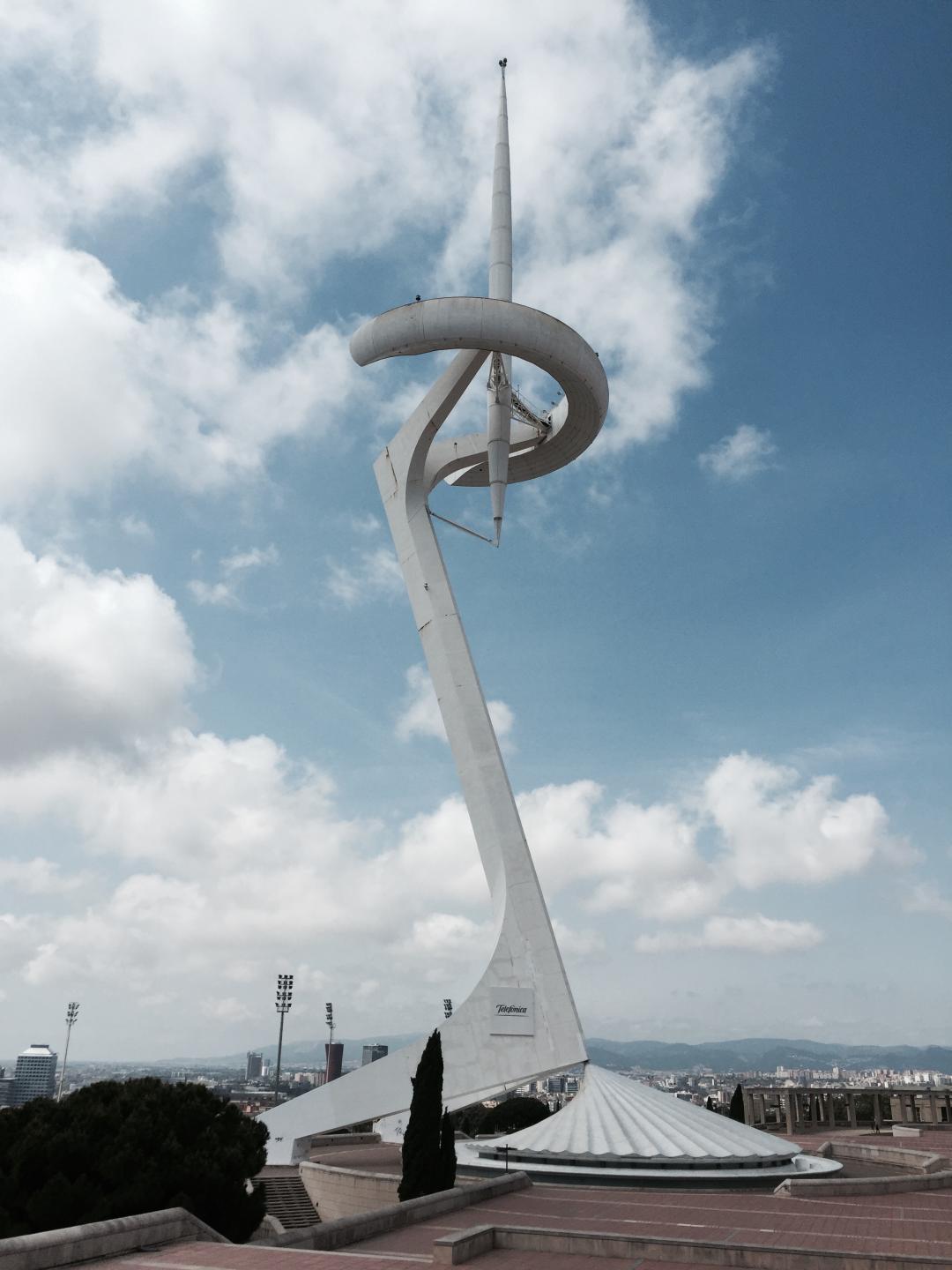 What greater motivation can one find, than exercising alongside of where champions compete? Luckily this experience will put you in the shadows of the 1992 Olympic Stadiums. Exercising with the past while training for the future puts you on top of Montjuïc overlooking the harbor and the city while giving you an experience that not many other cities can offer. The park and area are well maintained and offer you huge pathways that you can run or cycle on. You may not be able to get to the level of competition that Olympians are able to compete at, but why not do the next best thing? When you embark on this experience, you will be able to run near all of the Olympic stadiums, pools and parks. The “Estadi Olimpic” or Olympic stadium even offers days where you are able to run on the tracks inside. So. Be sure to check their schedule for times. 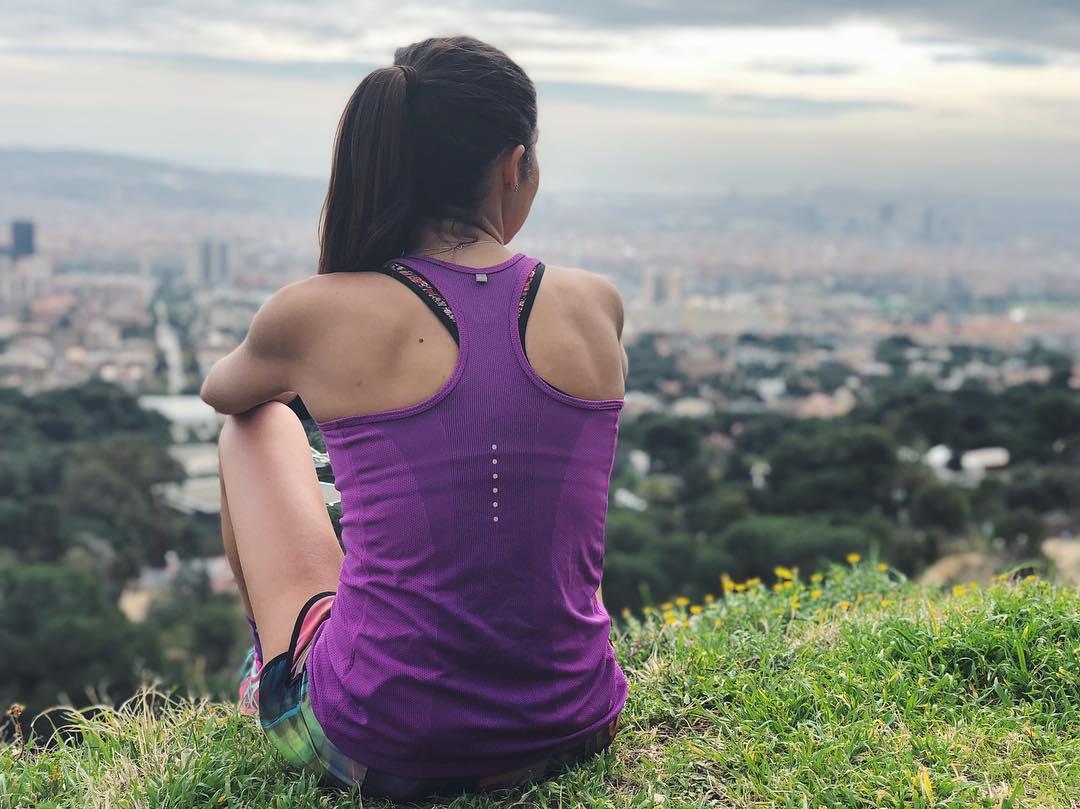 Home to the most famous amusement park of this area, Mt. Tibidabo, Serra de Collserola has so much more to offer. This experience emphasizes seeing your objective through to the end, but also enjoying yourself on the journey. Besides, you can come back another time to enjoy the amusement park. The Serra de Collserola is on the outskirts of the city and stretches along most of the distance of the city. The Carretera de les Aigües, is a winding path that follows the Serra de Collserola range quite closely. This is a popular area throughout the year for locals that want to get some exercise throughout the week. It is a little bit outside of the city, so you may need to take public or private transportation in order to get there. But once you get started, you won’t stop. Who can complain about running whenever they have this view!? 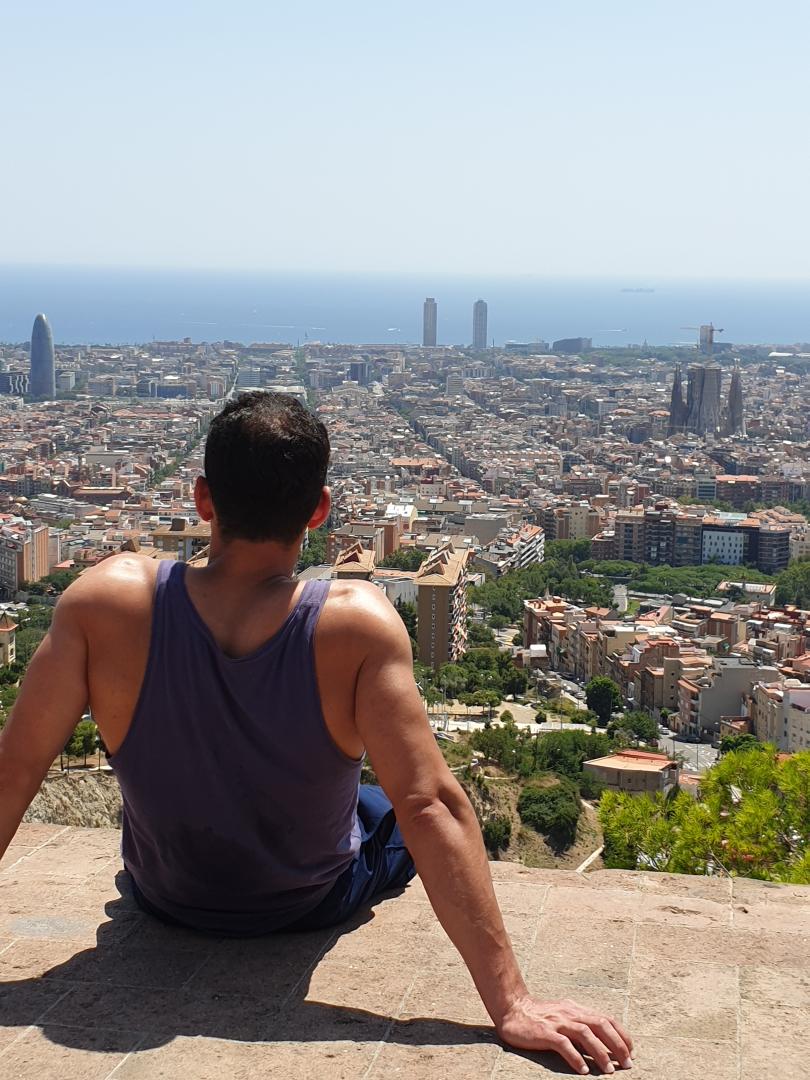 Running this experience will be hard. No other way to put it. But itwill offer you a look back in time while keeping you right here in Barcelona. In the 1930s during the Spanish Civil War, this hilltop was used as an antiaircraft emplacement in order to defend the city from bombers. Known as the Bunkers, even though there has never been a bunker here, this area has become increasingly popular amongst tourists and residents alike. It offers a great view of the city while making sure that you earned that view. Regardless of the time of year this view of the city after this run will be magnificent. This route can be challenging, with a steep slope but it is As an additional note, please be mindful though that the neighborhood of Carmel, is a residential neighborhood and any trash or droppings should be picked up prior to leaving.