This challenge will take you away from the hustle and bustle of the busy city, into a small town called Peniche. It is an hour's drive by car north of Lisbon. If you take the bus (Rede Expressos), it will take you more or less 1:35min and cost you about €18 to go and come back. The first bus to Peniche departs from Sete Rios Lisbon at 7:30 AM and the last one to leave Peniche, is at 18:00-18:30PM. Pack a picnic basket or take some snacks and wear comfortable shoes. If you are a runner, pack in your long distance running shoes because you will love the running/biking/hiking experience. The first thing that you will notice when taking a walk through the coastal town of Peniche is the local hospitality. Everywhere you go people greet you with a smile, and will go out of their way to help you. If you are planning to go by bus for the day, I advise you to rent a bike. There are several bicycle shops in peniche walking distance from the bus terminal. 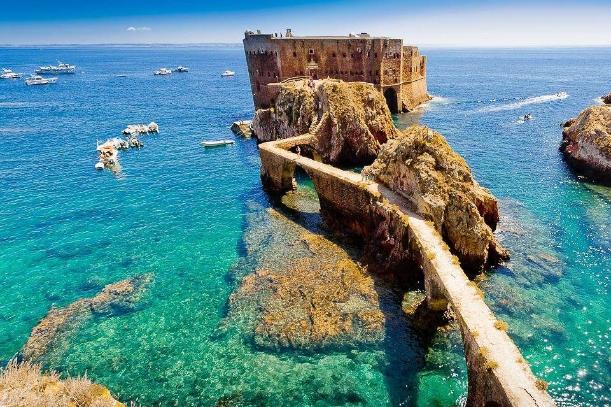 The island of Berlengas

This is truly a great way to start your day. Berlengas is a UNESCO biosphere nature reserve, that is allocated 30min away from the main island into the Portuguese oceans, and a must see for all who visit Peniche. As you enter the island, you are met by crystal clear water, mysterious caves, and a picturesque fortress. The fortress, Fort of São João Baptista das Berlengas, is rich in history and dates back to 1655. It was constructed from the remnants of a monastery that was abandoned by its inhabitants due to frequent attacks from pirates. There are various activities that you can enjoy on the island, including kayaking, snorkeling, and relaxing on a pristine private beach. This one-of-a-kind ecosystem also makes it a heaven for birds, and people come from far and wide to watch bird migration. Three hours on the island is more than enough to see and experience everything the island has got to offer. Therefore, try to catch the earliest ferryboat at 9:30AM (in the summer and 10:00AM in the winter) so that you can be back on the mainland by 2:00PM. The times of the ferryboat are fixed, and there is only 3 going back and forth per day, so make sure you take the first one. You can buy your tickets at the terminal. 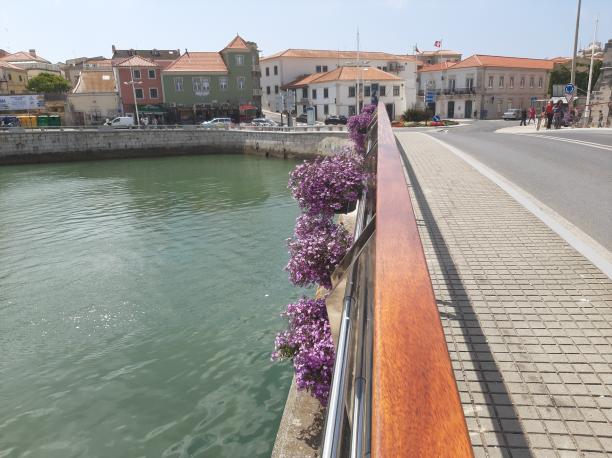 This pictures route takes you all the way around the Peninsula of Peniche where the ocean is always present throughout 8 of the 10 kilometers. The cool breeze from the seacoast is well appreciated on a hot summer day, and for whom reside in the city, the fresh ocean air brings a whole new meaning to the phrase, take a deep breath. The route is comfortable without any steep inclines or descents, and in total, you have an elevation of 130m. The road itself is in excellent condition, which allows you to concentrate more on the scenery and less on your running. Locals are very considerate to runners and bikers, which is a big plus. The first kilometer takes you over the bridge and into the heart of Peniche. As you make your way up towards the 2km mark, you will pass by a well-manicured garden where children playing and laughing in the park, gives extra motivation for the slight incline that lies ahead. As you arrive at the top of the incline, you are meat by the most breathtaking views of the Portuguese ocean and coastline. The scenery is so striking and distracting that in no time whatsoever, you find yourself entering into the last 2km of the route. Places worth stopping for a breather is Gruta da Furninha. 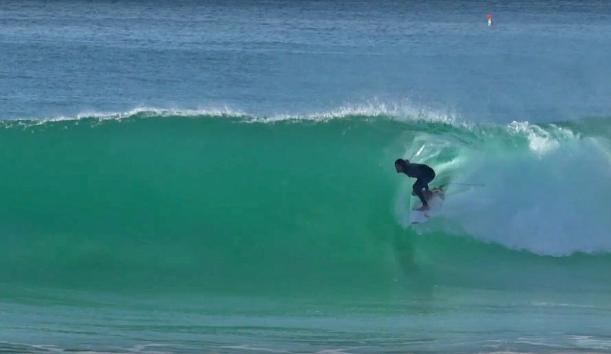 After completing this spectacular route, we head off to on one of Peniche's most well-known beaches, Medão Grande, better known as Supertubos. This world-renowned beach has a white, sandy shoreline that stretches for 3.5km, all the way to the famous village of Consolação, which is well known for its iodine enriched healing waters. You can drive right up to the beach and park your car literally a 100m away from where the waves break onto the shore. Here you can refresh yourself after a long day of hiking, biking and running by taking a dip in the fresh Atlantic Ocean. Bring something to eat and drink, then sit back, and watch one of Europe's most legendary waves play out in front of you. This sensational wave boasts over a tubular break that, on favorable days, is flawless and on calm days, is not existing and the water is like a mirror. 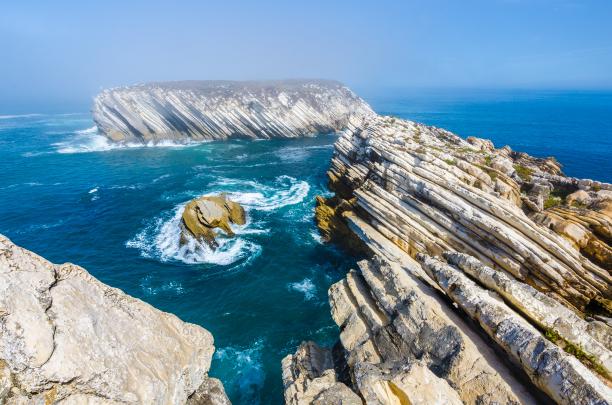 After Supertubos, we are off to Baleal. It is located 15min away from Peniche by car, and a 30min by bicycle (5.8km). This is a small Island connected to the mainland by a sandy beach, and to enter into the island, you literally have to cross the beach. There is a cemented road going in and out of the island so you can enter the island by car or by bicycle. As you progress onto the cemented road, you will find two of Peniche's most beautiful beaches. Praia Lagide to your right, which usually is a more peaceful beach, and Baleal Sul to your left which is also a famous beach for surfing. Head over to the farthest point of Baleal island where you have some astonishing views of an unusual and dramatic landscape of carbonate rock layers that dates back as far as the Jurassic Age. If you are planning on staying over in Peniche for the night then here is where you want to be for the sunset. Whichever direction you go on Baleal, you will find breathtaking views of the Portuguese sunset.