Bonjour dear friend! Today's challenge should be particularly exciting. It will consist in following in the footsteps of Owen Wilson, alias Gil, the hero of the movie “Midnight in Paris”, which was shot in Paris in 2011. Woody Allen's greatest box office hit combines romance, literature and music, that is to say the three elements that best define the City of Lights, which is also home of the French Intellectuals and of the New Wave (remember Godard's “Out of Breath”?). However, now it is time for Hollywood. 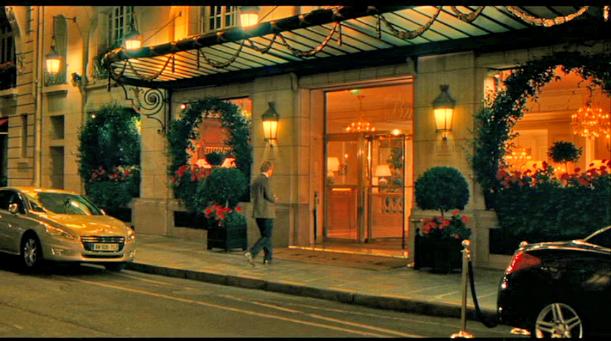 Let's start at Gil's and his fiancee's hotel. Hotel Le Bristol is one of France's most prestigious palaces and one of the few to hold the label “Distinction France”. It was founded in 1925 following the takeover of the Castellane hotel and named after Frederick Herveu, 4th Earl of Bristol, sort of royal fashionista from the 18th century. As you may see it, the hotel is located in one of the most aristocratic and bourgeois streets in Paris, with many luxury shops (Hermès, Lanvin, Christian Lacroix...) and a few steps from the Place Vendôme. However, Le Bristol owes its reputation also for it was home of the American Embassy and American nationals living in Paris during the Second World War, which made it one of the few major hotels in Paris that had not been requisitioned by the Nazis during the war. Beyond its rich history, the charm of Bristol has to do with the subtle combination of Art Deco architecture and modernity although classy interiors. Its garden, which is the largest private garden in Parisian palaces, also contributes to this particular elegance and perfectly defines the Parisian chic. 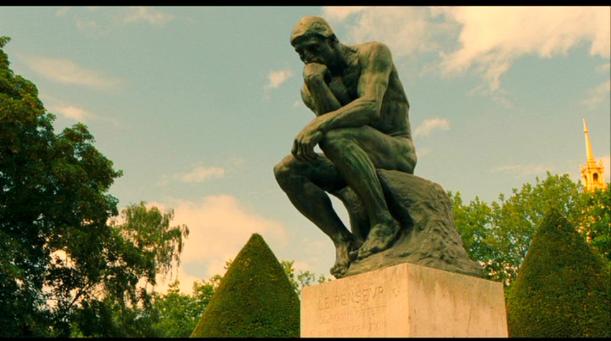 The Musée Rodin is the tenth most visited museum in Paris with nearly 700,000 visitors annually. It contains most of Rodin's significant creations, including The Thinker and The Kiss, along with paintings by Vincent van Gogh, Claude Monet and the works of Camille Claudel. The museum includes two sites but we focus on the Hôtel Biron, where Rodin set up his workshop from 1908. It was called Hôtel Peyrenc de Moras and served as a religious boarding school for girls, until the 1905 law separating the Church and the State was introduced. The estate was then put up for sale and occupied in the mean time by artists such as Henri Matisse and Rodin himseld, who eventually occupied the whole building. In 1911, Rodin decided to donate his entire collection of sculptures to the State on the condition that they turn the buildings into a museum dedicated to his works and in exchange of the right to reside there all his life. What I like most is the rare chance to discover many of Rodin's works while strolling around the garden and thus have the impression of travelling back in time and falling, behind a hedge, face to face with Jean Cocteau, as Gil had the chance to experience with other great artists. 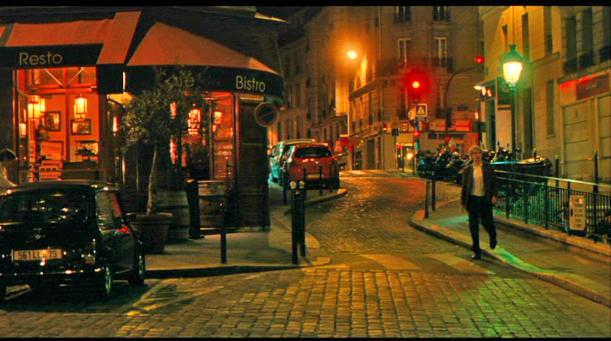 Gil gets lost and starts his time travel in rue Mouffetard, which is one of Paris's oldest neighbourhoods. The street runs along a flank of the mont Sainte-Geneviève hill that was called "mont Cetardus" by the Romans, from which the name Mouffetard derives. It used to be more than 1,500 metres long and go up south to Place d'Italie, until Baron Haussmann launched his work to modernise Paris in the 19th century. The area has many restaurants, shops, and cafés, and a regular open market, where the market scenes of the film Julie and Julia with Meryl Streep were shot by the way! I think the main interest of the street lies in its facades and houses, some of which have interesting historical anecdotes to tell. For example, the Marquis de Sade was arrested in 1763 precisely in rue Mouffetard before being imprisoned in the Bastille. Similarly, house #60 was Diderot's home from 1746 onwards and the sign of the former butcher's shop at the top of the house is classified as a historic monument. As for house #60, the Pot-de-Fer fountain is also classified as a historical monument and the water is believed to come from the Arcueil aqueduct, part of the old aqueduct of Lutèce, which used to supply the thermal baths of Cluny in Roman times. 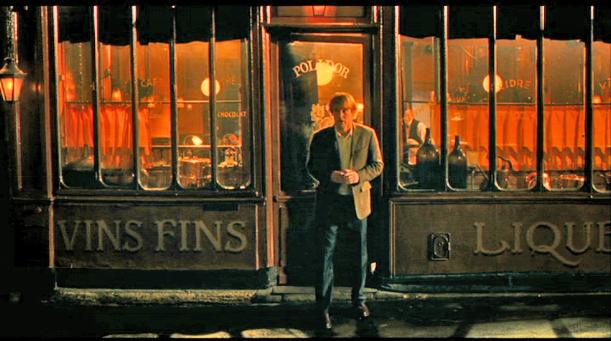 A few hundred meters from rue Mouffetard, behind (or in front, as you wish) the Sorbonne, you will find the very student rue Monsieur le Prince. This street is 450m long and 13m wide, and is located between boulevard Saint-Michel and the crossroads of the Odéon. It is named after the former hotel of the Prince de Condé, member of the cadet branch of the House of Bourbon. Louis XVI bought the whole complex, which would briefly house the Comédie-Française, before becoming the Odeon Theatre. Many artists lived in the surrounding, a tradition that has since continued, from Camille Saint-Saëns, to Arthur Rimbaud to Paco Ibanez and Charles Aznavour (you surely do not know the contemporary writer Frédéric Beigbeder). This street has several advantages. First of all, it allows you to escape the noise of Boulevard Saint-Michel and take a very useful shortcut to Boulevard Saint-Germain. Then, it hosts one of the main, if not rare, old-fashioned art cinemas that made the reputation of the Latin Quarter in the 1950s and 1960s. Finally, it is a mecca for gastronomy. I am thinking of Polidor, one of the oldest bistros in Paris, where Gil meets Hemingway, but also of the Chinese-Japanese restaurants, where you can enjoy a cheap meal before taking the next step in your program! 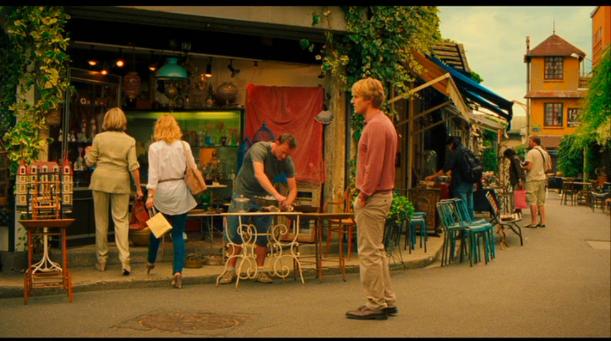 Let us now take a great leap forward, in the nearby city of Paris, located in the Little Crown, northwest of Paris. Nothing particular in this city that would not be worth a visit if it were not for its famous "Paul Bert" flea market. This market was created in 1946 and the first stores were built in 1949 long paved alleys of the Paul Bert outdoor market where Gil meets with Gabrielle (Léa Seydoux) for the first time. Today, the Paul Bert-Serpette is the largest market (12 000 square meters) in the Paris Flea market and the largest antique market in the world as the official website claims. 350 shops open every week, but be careful, they open only from Friday morning to Monday evening. Obviously, my favourite part is the Paul Bert spot, not the Serpette, because of its seven outdoor alleys and most of all because of this amazing collection of antiques and Empire style furniture. Enjoy the scenery, but keep a close eye on your belongings! 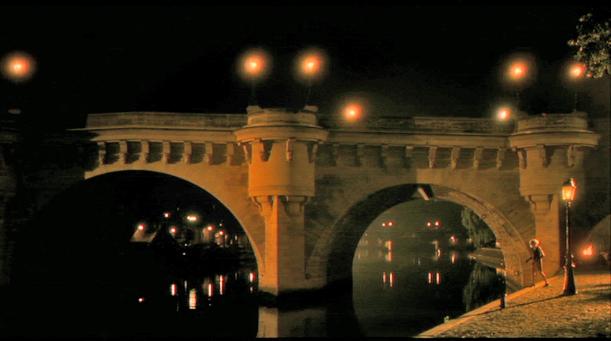 Back in Paris, after your escapade in the "suburbs", here you are again in a place steeped in history and stories, le Quai des Orfèvres. Why this place? From a practical point of view, because it is famous for having hosted the services of the Paris Judicial Police for several decades. This is in case you had a little problem during your stay at the flea market (in case this problem has not been solved, you can always go to the new headquarters in the 17th arrondissement). Secondly, because le Quai des Orfèvres is also the name of a very famous French detective film, to stay in the cinema theme. Finally, because you do not argue with Gil. The Ile de la Cité is for sure the most melancholic place in Paris. For your information, the quay has been called as such since the 16th century because of the presence of goldsmiths, particularly on the section between the Saint-Michel bridge and the Pont Neuf, the oldest bridge in Paris. Today, jewellers have disappeared, but if you cross the river like Gil did, you will meet other types of merchants, the booksellers. 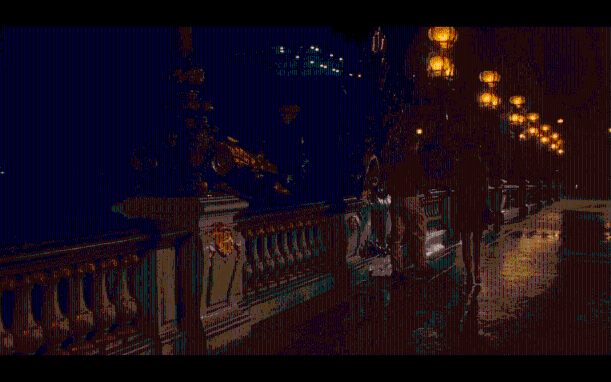 To finish our challenge, what could be more grandiose than the Alexandre III Bridge, one of the symbols of Paris, the one that helps millions of tourists to take Paris most scenic photos and where Gil finally understands Gabrielle is the one. Sure, I can't promise you will meet your soul mate on the bridge, but what's for sure is that you won't regret the tens of kilometres on foot and by subway you have covered since this morning when you find yourself admiring the sunset with the Grand Palais behind you, the Invalides in front and the Eiffel Tower on your right. Now a few details to shine in society tonight (or later): the bridge was inaugurated during the 1900 Universal Exhibition and named in memory of Alexander III, the father of tsar Nicolas II, who concluded with France the Franco-Russian Alliance; it measures 160 metres and is 40 metres wide, many sculptures feature on the bridge, notably four fames and nymphs; finally, the bridge is depicted in many films such as Anastasia, in case you would like to spend you plan to watch another movie with your new crush tonight!