Paris is a small capital. You can easily go from arrondissement to the other on foot. However, if you need to quickly go somewhere and want to see what it’s really like to be a Parisian, you have to take the metro. Believe me, it is genuinely the quickest way to get around the city. In addition, this truly shows you what it is like to be a local in Paris. There are 302 metro stations in Paris that will allow you to go anywhere in the capital. Some of them are truly original and unique and can even be considered as art pieces. There is a couple that you need to see if you want to have the true local Parisian experience. It wouldn’t take you more than a day to complete this challenge. However, I would advise that you use your journey through these stations to visit what is near them! 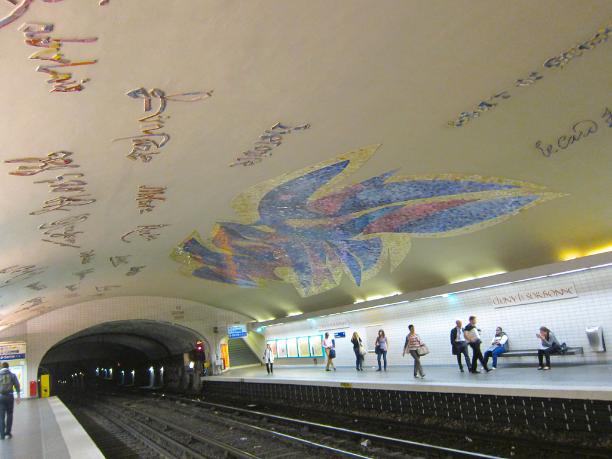 Located in the middle of the Quartier Latin (one of Paris’ most emblematic and most ancient areas), this station was opened in 1930. What is unique about this one can be located on its ceiling. Take your time to admire the beautiful mosaic that decorates it. It was designed by Jean Bazaine in 1988. Not only can you admire the central pattern but also the signatures of former students at La Sorbonne. Most of them were famous authors, doctors, politicians… How many can you decipher? 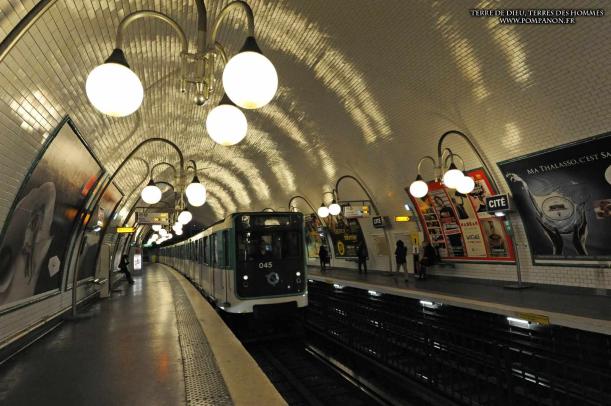 This metro station is situated at 20 metres under the ground as the metro needed to pass below the Seine. Here, the style is pretty simple. However, you can enjoy the ambiance that the high ceiling and the lamp posts create. Their lights create a green-ish halo on the walls of the stations, making you feel like you are in the 1930s. 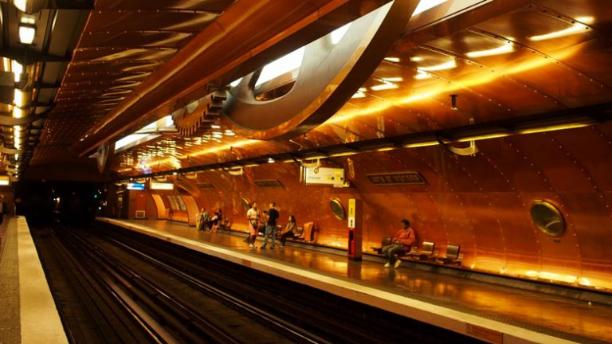 This metro station is probably the most surprising one. You need to take the line 11 to see what makes this station unique. When getting off the metro, you will feel like you have travelled in another dimension. The walls are covered with copper plates that give a sub-marine look to the whole station. I personally feel like I’m being a passenger of the Nautilus when I get there. What do you think? 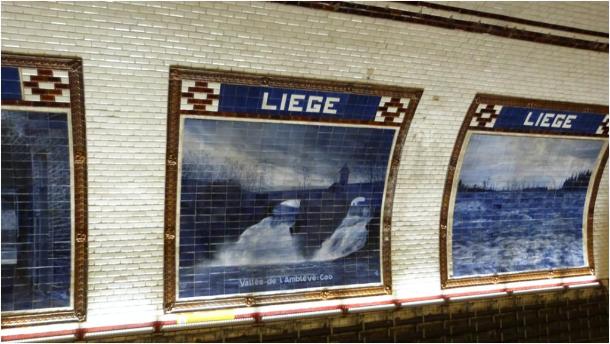 Liège, formerly Berlin when it opened in 1911, is a metro station that has more of a classic look with its white tiles. However, some colourful patterns will attract your eyes as 18 murals decorate its walls. On one side they are multicolored murals, on the other one, there are only made with shades of blue. What both sides have in common is that they both represents some landscapes or landmarks of the province of Liège in Belgium. 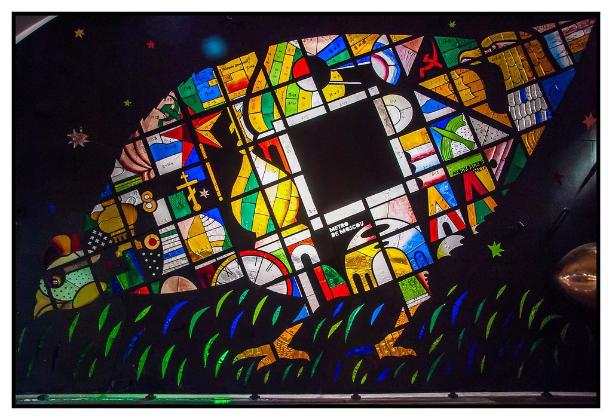 This metro station is one of the five stations in Paris whose name comes from a famous woman’s name (Marie Magdalena). What is beautiful in this station resides in the space that links the line 14 to the line 12. There is a stained glass of a chicken (called Ryaba) made by a Russian artist, Ivan Loubennikov. This colourful piece of art symbolizes the Russian tale of “Ryaba, the hen that lays golden eggs”. In France we have a similar fable that was written by Jean de la Fontaine, one of our most famous writers from the XVIIth century. 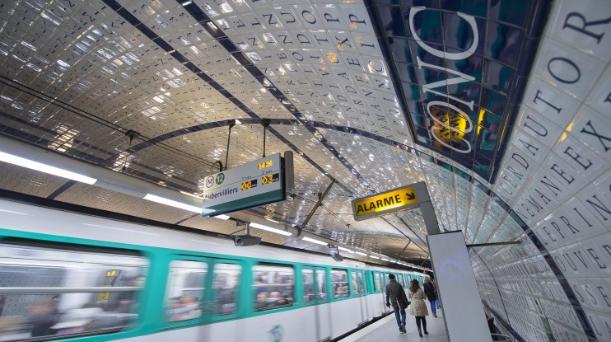 This metro station is one of the main ones in Paris. If you want to see what makes this station a special one, you need to go to the platforms for the line 12. There on the wall, on white tiles and written in dark blue, you can read the Declaration of the Rights of Man and of citizens, written in 1789. The spaces between words have been removed and the punctuation can be found on the bottom tiles. This art piece was made by Françoise Schein in 1991. Practice your French and see how much you can understand! 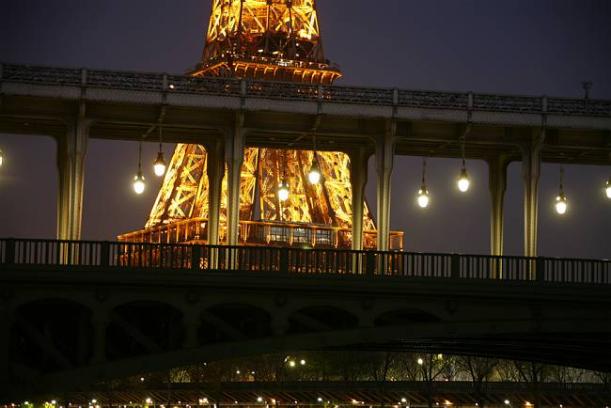 This station, where you can take the line 6, is one of the few aerial metro stations in Paris. A true breath of fresh air when you have been undergrounded all day. Despite this fact, it is also a special one as you can have one of the most beautiful views of Paris while riding the metro from this station. Take the metro from Bir-Hakeim to Passy, the station on the other side of the Seine. While crossing the river, you will have an incredible view of Paris as the metro is high than street level. In addition, you will have one of the best views on the Eiffel Tower as well! My advice: try to be on this route when it’s nighttime, at an hour sharp to see the Eiffel Tower being lit up! A spectacle you’ll remember for a long time!