Paris, the city of love. A cliché? Yes, probably. Love is everywhere, if this exists, right? But you have to face it, it is good to stick around Paris and freely kiss your darling, melancholically remember of your ex or look forward to meeting your new crush. In any case, whether you are single, a couple or a group (everyone has different tastes), do not deprive yourself of the pleasure of discovering my top 5 most romantic spots in Paris. My selection is extremely subjective for sure, but I hope you will like it anyway. 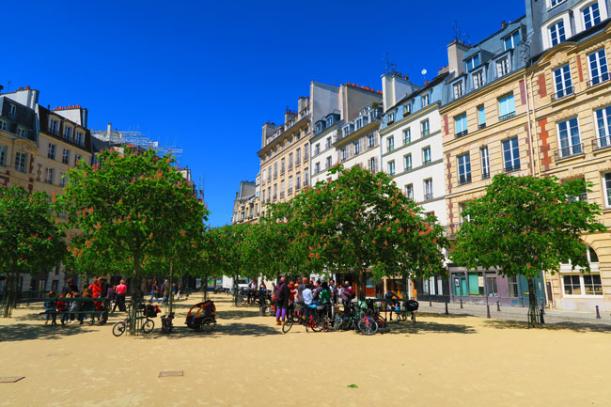 Let's start our romantic tour by in the heart of Paris. Place Dauphine is located at the western end of the Ile de la Cité, near the Pont Neuf and behind the Palais de Justice, and it should be the ideal place for a stolen kiss, if the many films, series and commercial spots that are often shot here do not prevent you from fully enjoying the moment. To be fair, I do understand why this charming square attracts so many “specialist”. Its dimensions are ideal (2665 square meters), the layout is simple and elegant and the quiet atmosphere encourages the visitor to stay a bit longer. The famous writer André Breton did truly enjoy it and called it "the sex of Paris" because of its triangular shape that would remind of the female sex. It's one of my favourite places for a romantic little stroll – either during daytime in the spring when the trees are in full blossom or during a colder winter night when the square is lit up by the traditionally French lampposts. It's quite enchanting to find yourself almost completely alone in the busy city of Paris. By the way, why is the square called place “Dauphine”? The reason is very simple: in 1607, Henri IV ordered to construct another square in the spirit of the Place Royale, which is now called Place des Vosges, and the square was named in honour of his successor (the French called him the Dauphin), that is to say the future Louis XIII. Thanks, Dad! 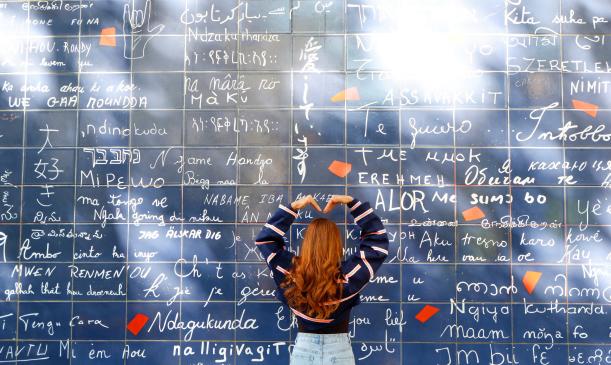 The “Mur des je t'aime” or the I Love You Wall was created in 2000 by artists Frederic Baron and Claire Kito. It has a surface area of 40 square meters and is composed of 612 enamel tiles measuring 21cm by 30cm each. The wall reproduces the statement "I love you" 311 times in 250 languages and dialects from all over the world. What strikes me in this work is first of all its aspect which reconciles graffiti, style and beauty, in the same vein of the best Parisian Street art painters (Banksy, Amour...). Then, it is a genuine collective project because the sentences had been written by tens of unknown people, before Claire Kito gathered them on the wall. Finally, the wall as a mediator is a source of inspiration. The artists explained they displayed a wall not only because they needed an easy support for the tiles, but also because language and love can sublimate and transform barriers and obstacles into places of grace and empathy. Now let's move to another home of artistic expression in Montmartre as well. 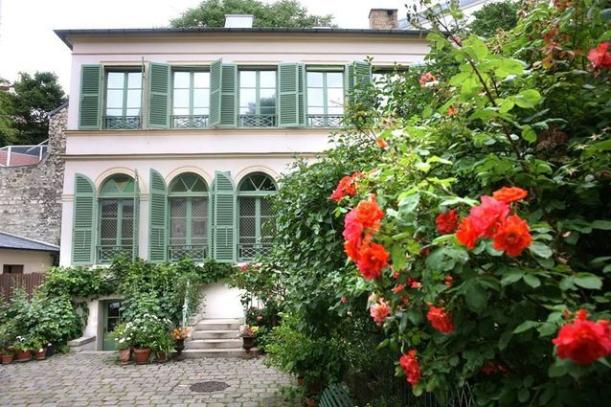 You are now discovering an irresistibly charming museum, the well-named Musée de la Vie romantique. Be careful: here we are referring to Romanticism and not only to love and romance ! The museum is a small private mansion built in 1830 and which brings together works from the early 19 century, with George Sand, a regular visitor to the place at the time, as a dominant figure. This place is becoming increasingly popular among Parisians because it refers to a period that the French remember with nostalgia and pride, that is to say the era of the July Monarchy, Victor Hugo, Chopin and Delacroix. In addition, the place is a rarity since it is one of Paris' three literary museums, along with the Maison de Victor Hugo (4th arrondissement) and the Maison de Balzac (16th arrondissement). But above all, and this is why I invited you to visit it, you can feel here a breath of fresh air and a softness that contrasts so much with the tourist factories of Le Louvre and Musée d'Orsay, albeit both museums display a large number of romantic works. Let's stay in the theme of literature and head for the 5th arrondissement, the district of the intelligentsia and existentialist writers. A beautiful piece of art is waiting for you in the Jardin du Luxembourg. 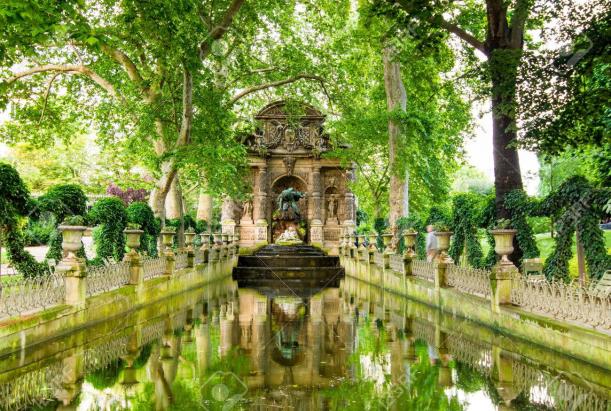 The Luxembourg garden is not always a good place to rest because of the children's parks, the tennis courts, the hordes of tourists and the parliamentary assistants who have lunch in front of the Senate. However, there is still a haven of peace to find there and I am of course referring to the four century old Medici fountain. The fountain was commissioned by Marie de' Medeci around 1630, although it was originally a portico and not a fountain. It was also not located in the Jardin du Luxembourg but near the Odeon on the Medici Street, until Baron Haussmann's plans resulted in its relocation. It has in addition undergone several renovations that have largely changed its appearance and Marie would find it difficult to recognise it. Enough of History. As the existentialists in the Latin Quarter argue, the past does not count. What matters is here and now, what we experience and what we feel, and the impression made by the fountain is really strong as the 200 years combination of Italian style, French manierism and neoclassicism results in an extremely powerful piece of artwork. My favorite element? I may point out the bronze statue of the giant Polyphemus who surprises the lovers Acis and Galatea. Do you concur? 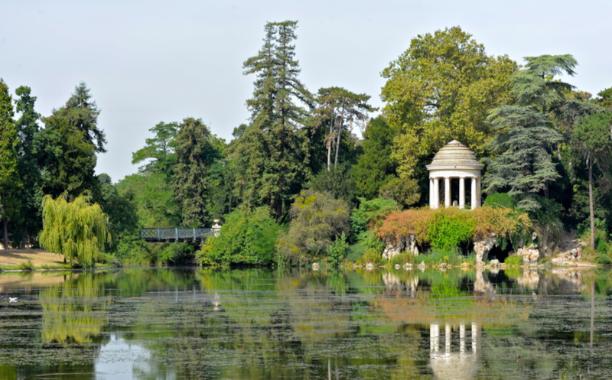 What is more gracious than a short trip on a lake to declare your undying love to your sweetie pie? If you planned a visit Paris to conquer your darling's heart and it seems that your business has not yet been totally successful, then you should go to the Reuilly Island in the 12th arrondissement. Finding it will not be an easy task (love is hard to find too, isn't it?) and so I decided to help you a little. Simply head for the Vincennes Woods, east of Paris via line 1 of the metro and have a look at the geolocs. The Woods were set up in the 19th century to grant Parisians a place where to relax and they are almost 10 square kilometres wide, that is to say three times as wide as Central Park. They include a zoo, a flower park, a racecourse, a Buddhist temple and even a naturist area! Stay focused, please. Our final destination is still the Reuilly Island, near the Daumesnil Lake. You can access it on foot of course, but I advise you to take a boat, the scenery is irresistible and I bet you will get what you were looking for. However, if, despite all, your partner remains insensitive to all your efforts, there will be many other activities in Bois de Vincennes to comfort you. Love can be tragic sometimes tragic.