What would Paris be like without writers? There are only a few cities in the world that are so celebrated, recognized and visited thanks to their writers. New York, London, Moscow and maybe Rome are among them. But I remind you that you are staying in Paris, so let's start with it. On the menu today: five major figures of French and world literature, i.e. Victor Hugo, Ernest Hemingway, Emile Zola and Honoré de Balzac, just that! Have a nice walk, you pretentious intellectuals! 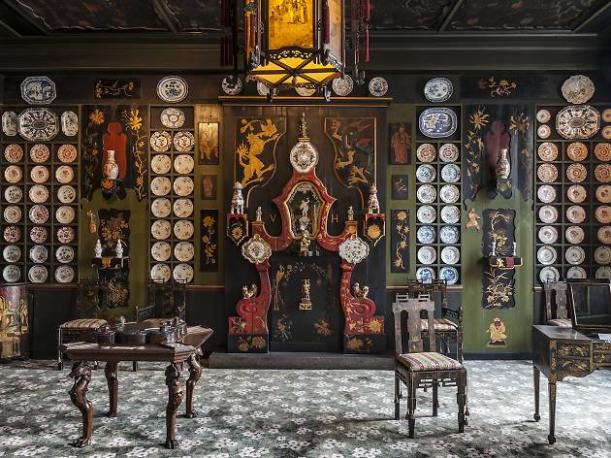 How can you not think of Victor Hugo when you visit Paris? The author of Les Misérables and Notre-Dame de Paris has left a lasting mark on the history of the capital and on the imagination of the visitors. I am one of them. You too, right? That's why we are starting our challenge with Mr Hugo. It's time to learn a little more about this genius of world literature. Of the five homes I suggest you visit, this one is the oldest on the list since the house was built in 1605 and Victor Hugo lived here for 16 years between 1832–1848. Hugo moved to the second floor with his wife Adèle Foucher when he turned 30, but it is also there that he regularly met his long-term mistress Juliette Drouet and where Adèle met her lover, the famous writer Sainte-Beuve. So French! After a period of political activity in the 1840s, Victor Hugo fell foul of France's new leader, Napoleon III and he left first the house and then the country. He moved to Brussels and then to the British islands of Jersey and Guernesey. Inside the house, you will visit seven pieces in a row, which chronologically evoke the life of the writer: before the exile, during the exile, from the exile. You will also find the bedroom where Hugo died in 1885. The furniture comes from Hugo's last apartment, which was located in the new rue d'Eylau in the 16th arrondissement. The former rue d'Eylau is now called...Avenue Victor Hugo ! 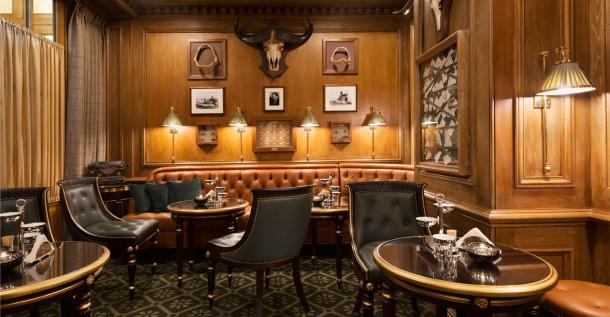 "When I dream of afterlife in heaven, the action always takes place in the Paris Ritz", Hemingway said one day. As you can see, the author of "The Old Man and the Sea" was a big fan of Paris, its literary life and its night life. Not only did he spend many years of his life drinking French wines with Gertrude Stein, Pablo Picasso and Ezra Pound in 1920s in cafés (see Challenge "Midnight in Paris"), but he also experienced many cocktails in his favorite bar in Place Vendôme. Hemingway returned to Paris as a soldier in 1944 and he was obsessed with the Ritz and liberating it from the Nazis. On August 25, he burst into the hotel with a group of Resistance fighters and announced that he had come to personally liberate it from the Germans, who had requisitioned it in June 1940 together with other hotels such as the Bristol. Alas, the manager of the hotel replied: "Monsieur, they left a long time ago. And I can not let you enter with a weapon." Now, it does not matter if you are German, American or French, everybody is welcome in the bar, provided you accept to pay a bunch of money for one of Hemingway's cocktail creations such as the Death in the afternoon cocktail. Otherwise, keep cool and have a look at the Place Vendôme (see Challenge "Napoleon"). At the top of the tower, there is another great man standing. Yes, it is Napoleon. 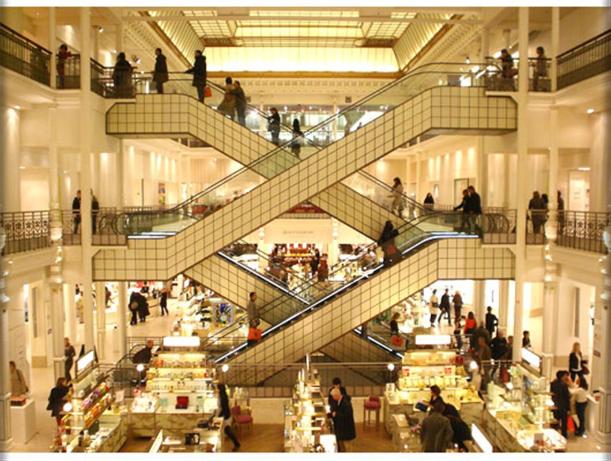 Au bonheur des dames (The Ladies Paradise) is a novel written by Emile Zola in 1883 and part of the Rougon-Macquart series. It is set in the world of the department store at a time when the Parisian bourgeoisie discovered and introduced the retail sales. There is uncertainty with regard to which store Zola featured in his novel (it could be Le Printemps near the Opera Garnier), but it seems obvious his was deeply influenced by Le Bon Marché. The store was founded in 1838 and modernised by Aristide Boucicaut who had the genious idea of gathering and placing under one single roof many separate shops. The novel tells the story of Denise Baudu, a young woman who comes to Paris and begins working as a saleswoman at the store called "Au Bonheur des Dames". Zola also describes many of Le Bon Marché's innovations, including its system of commissions and its methods of receiving and retailing goods. But there is more to see than the famous escalators. If you don't like this kind of high-end shopping, simply stay in the surroundings of Le Bon Marché. You are in the legendary district of Saint-Germain-des-Prés (see Challenge "Singing Paris"). You will find trendy bars and historic cafés (Café de Flore), old churches, libraries and relaxing parcs (see Challenge "Gardens in Paris"). 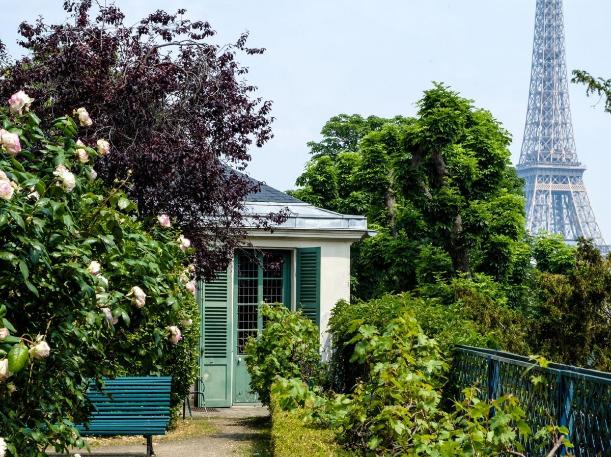 The Maison de Balzac is a house museum in the former residence of 19th century French writer Honoré de Balzac and it is located in the posh 16th district, a few hundred meters close to the Pont Mirabeau (see Challenge "Singing Paris" and "Beautiful bridges of Paris") and near the Bois de Boulogne, Paris second largest public park after the Bois de Vincennes (see Challenge "Romantic Paris"). It is a modest house, as you see, but the entrance fee you had to pay is even more modest because the admission to the house is free! Balzac rented its top floor from 1840-1847 under his housekeeper's name (Mr. de Breugnol) and the house remained private until it was acquired by the city of Paris in 1949. It is one of the city's three literary museums, along with the Maison de Victor Hugo you just visited, and the Musée de la Vie romantique (see again Challenge "Romantic Paris"). You better appreciate the house since it is the only one of Balzac's many residences still in existence. Balzac lived on the top floor and he wrote there some of the novels of his masterwork La Comédie Humaine that portrayed 19th-century French society (La Rabouilleuse-The Black Sheep, Une ténébreuse affaire-A murky business, La cousine Bette-Cousin Bette). The museum contains, among others, Balzac's writing desk and chair, his famous coffee pot (Balzac used to work from midnight onwards) and a daguerreotype (for more details about this object, see Challenge "Parisian Castles"). You can buy some books on the ground-floor and start reading them on the peaceful Île des Cygnes. That's all folks! You are now smarter, more inspired and more tired! Fortunately, it is still early and you have a book to keep you busy while waiting for the evening. Then, you can end your day dedicated to writers by dining at the famous Art Deco Parisian brasserie La Coupole near Montparnasse. This place used to house the members of the Lost Generation in the Roaring Twenties, including Scott Fitzgerald and Hemingway (him again!).